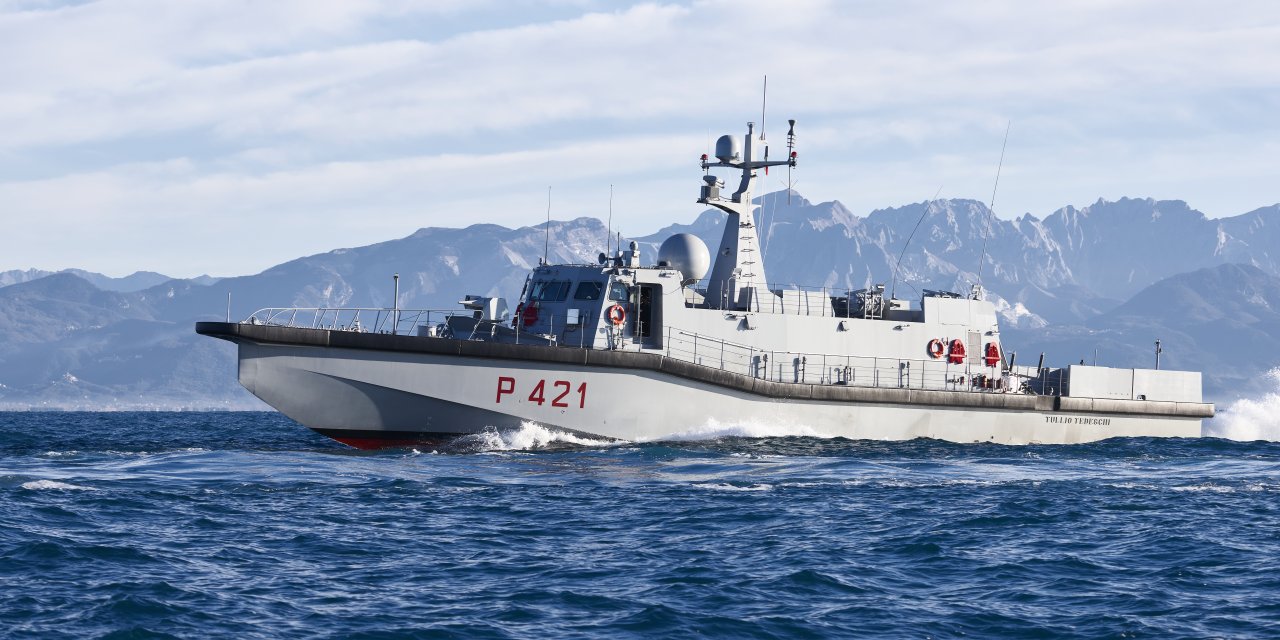 The boat, which was delivered on schedule, is the second of two UNPAVs commissioned from Intermarine by the Italian Navy in October 2016 for a total of 40 million euro, and has been constructed in compliance with the highest quality standards. The first vessel, the Angelo Cabrini, was delivered in July last year.

The second boat has been named after a non-commissioned engineer of Italy's Royal Navy, Tullio Tedeschi, who was decorated with the Gold Medal for Military Valour for the sinking of the British heavy cruiser York at Suda Bay, Crete, on 26 March 1941. Tedeschi died in his home town of Isernia on 2 November 1987.

The formal handover ceremony was not held today, in compliance with the directives of the Italian Government and the Liguria Regional Authorities with regard to events and public gatherings.

The UNPAVs are versatile and modern vessels that can add notable value to the capabilities of the Italian Navy by supporting the operations of its Special Forces (Operational Raider Group) during training and during actual operations. The two vessels in the class (“Cabrini”, the class lead vessel, and “Tedeschi”) will also be used to control maritime traffic, to combat illicit trafficking, to ensure security in environments where there is a threat of asymmetric warfare, and to assist personnel evacuation from crisis areas.

The boats can accommodate a permanent crew and special forces teams, for a total of 27 people. They are built in composite material, have a length of 44.16 m LOA, a beam of 8.4 m for 1.5 m immersion, and a displacement of 190 t. They feature a stern ramp to embark a Rigid Hull Inflatable Boat Zodiac Hurricane 733 for COMSUBIN-GOI operational units, and an integrated launch and recovery system.

The propulsion system consisting of 3 pairs of Kamewa waterjets and 16V 2000 M94 MTU diesel engines, installed in two different engine rooms, delivers a top speed of more than 32 knots. The waterjets offer high manoeuvrability and responsiveness to maintain stability when the boat is flanking other units.